I noticed a problem while creating some ellipse segments within a script. Attached is a small geo file which shows the problem, and also with a solution for my particular case, at least. As I know the radiuses of the ellipse, I could find a workaround; my ellipse is aligned with X and Y.
This is the same problem shown in http://onelab.info/pipermail/gmsh/2012/007549.html and http://onelab.info/pipermail/gmsh/2011/006322.html years ago.

Rotating the start, major axis and end points with the GUI and creating the ellipses again shows the same problem. In other words, when start and end points are simmetrical, regarding any of the axes, major or minor, the strange behavior will appear.

This is how the two wrong ellipses show up: 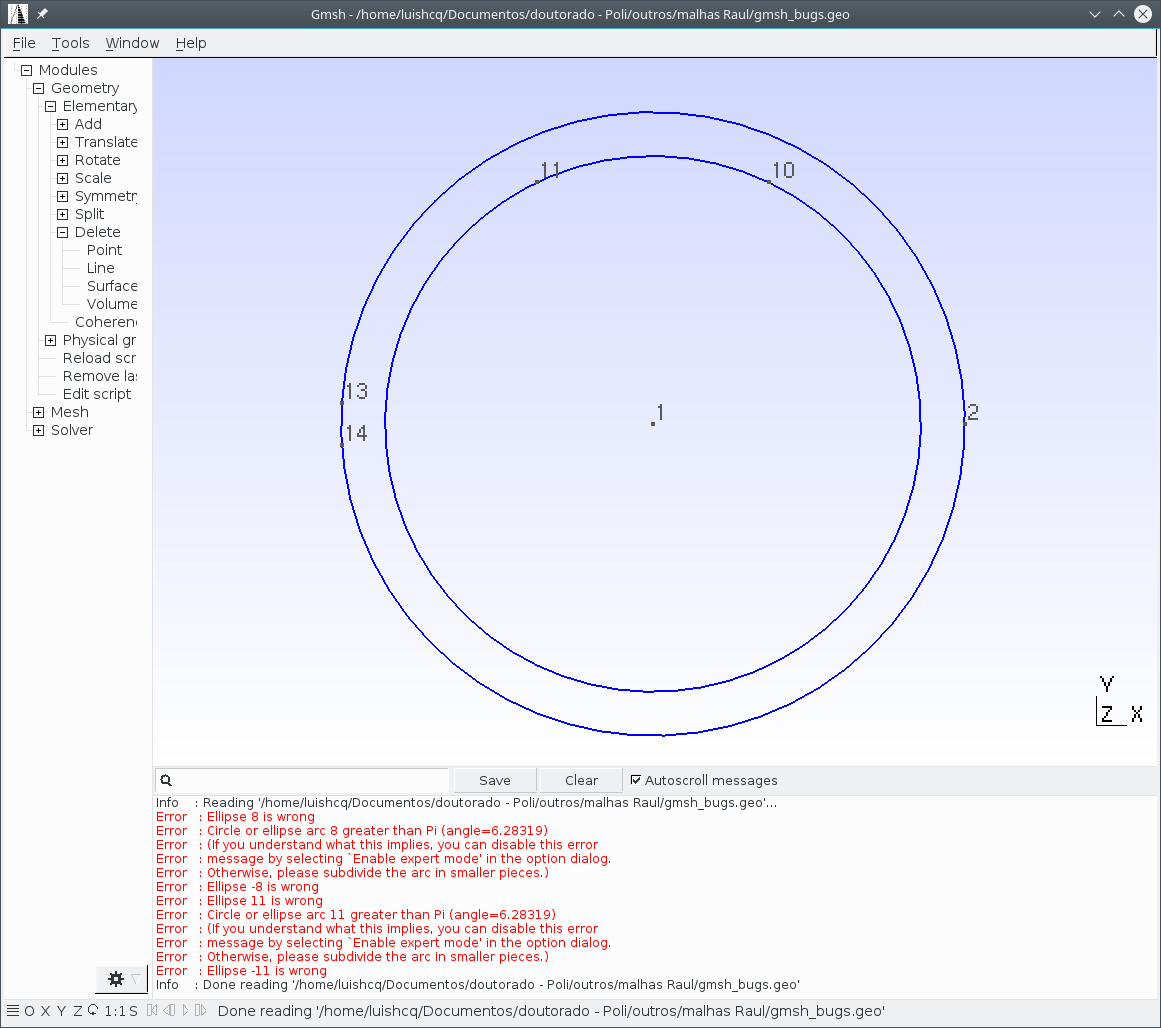 This is the desired result, here obtained subdividing the arcs, as the error message tells. In my case I know what the new points should be ;) 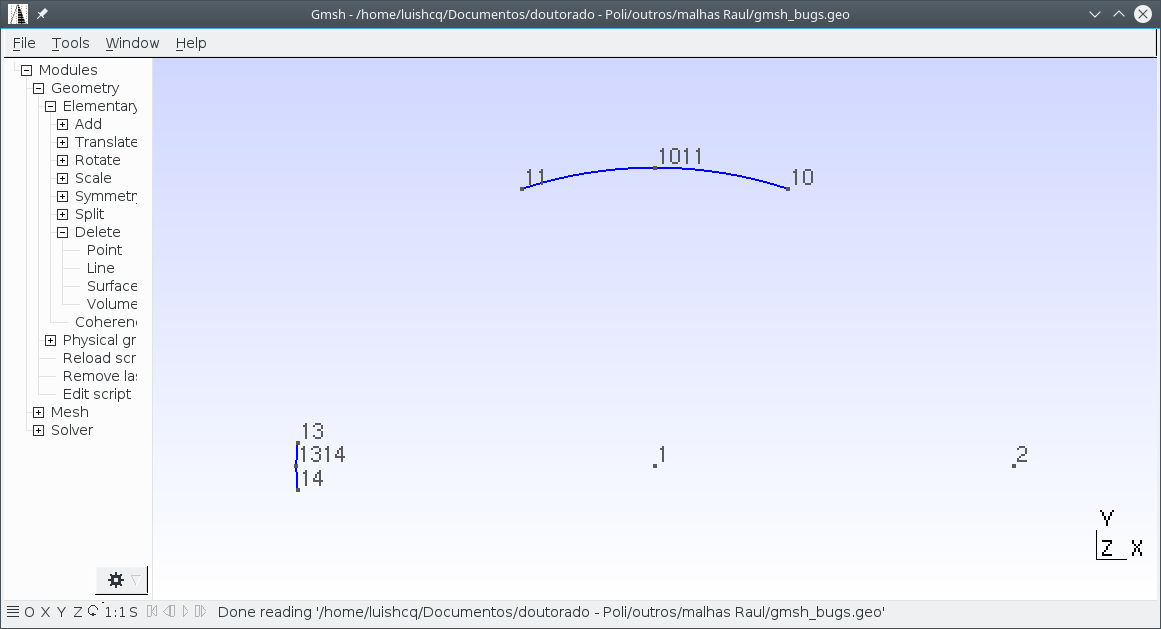